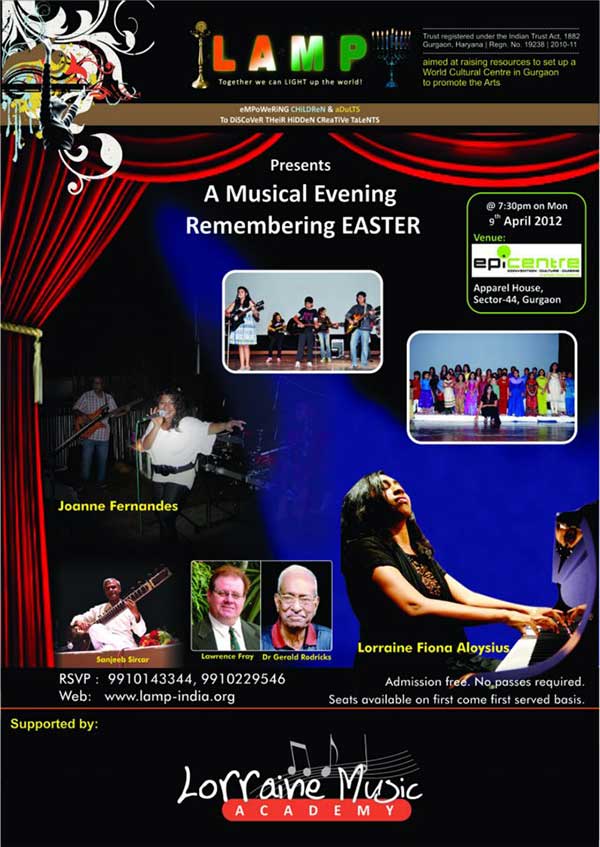 Most of us associate christendom with Christmas and the birth of Jesus. Actually, the most significant festival of the Christians is Easter (the Resurrection of Jesus on Easter Sunday, after being crucified on Good Friday).

This event will bring to the audiences the “Western Music Church Tradition” going back to the 6th Century Gregorian Chant used by the Roman Catholic Church, along with more modern style Easter Gospel and Easter Rock.

The concert forms a part of the Music & Art Festival in aid of LAMP Trust – aimed at raising awareness and resources to set up a World Cultural Centre in Gurgaon, National Capital Region, to promote the Arts.