Today marks the Father of the Nation’s 144th birth anniversary, and the city’s culture scene is celebrating it big. The various tributes in honour of national icon Mohandas Karamchand Gandhi (1869 – 1948) clock a 360-degree coverage this year, and while his Three Wise Monkeys – See no evil, Hear no evil and Speak no evil – showed you what NOT to do, we tell you here’s all that you SHOULD do to get to know his life and his message better.

WHAT TO HEAR
Hear no evil, said the Mahatma, so he’d definitely egg you on to this virtuous musical performance. Titled Remembering Mahatma Gandhi – A Musical Memorial on Gandhi Jayanti, this initiative by Lorraine Music Academy will see youngsters performing Bapu’s favourite prayers. The event will also feature patriotic and folk songs depicting India’s cultural ethos, diversity and richness.

“Music is food for the soul. Like good food intake and exercise ensures physical fitness, a good diet of the right kind of music gives mental, emotional, intellectual and spiritual fitness. The songs aim at instilling an attitude for positive living and nation building,” says Aubrey Aloysius, founder of the music academy. Today, at Epicentre, Apparel House, Sector 44, Gurgaon. Time: 11am onwards. 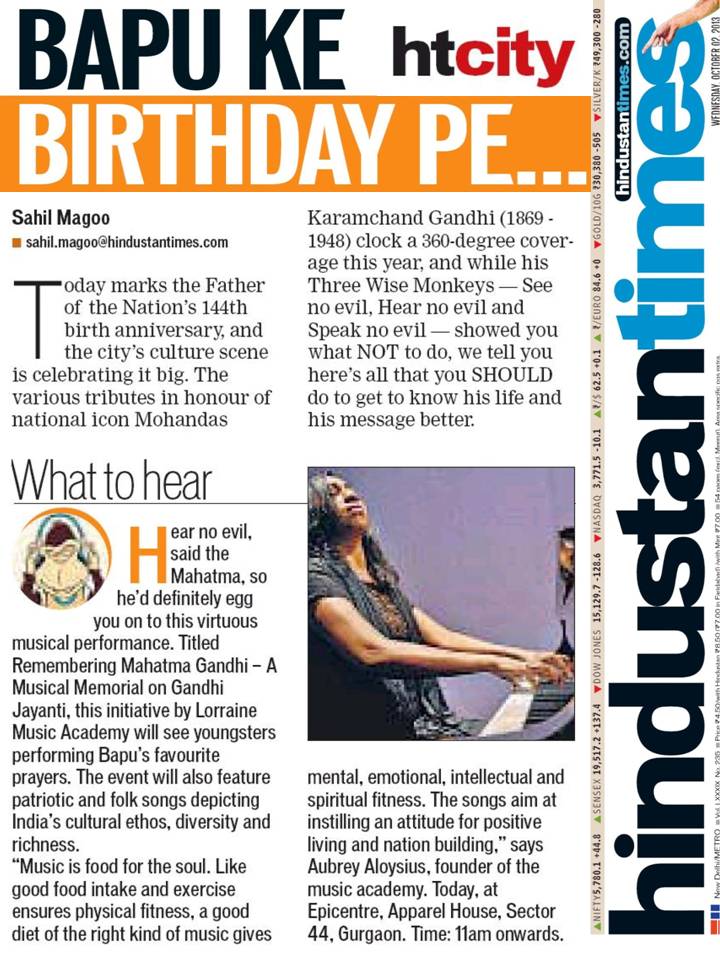