Students of the Lorraine Music Academy & the LAMP Trust staged a musical for the Nepal earthquake victims at Epicenter in Gurgaon on Sunday morning.

Lorraine Fiona Aloysius played the Piano, with students of the academy, who sang ‘God Will Make A Way’ by Don Moen, among others numbers. Pop songs like ‘This Love’ by Maroon 5, ‘Yellow’ by Coldplay, and ‘Aint No Sunshine’ by Bill Withers were sung by 13-year old Ananya Ravi accompanied by the “Come India Sing” band. 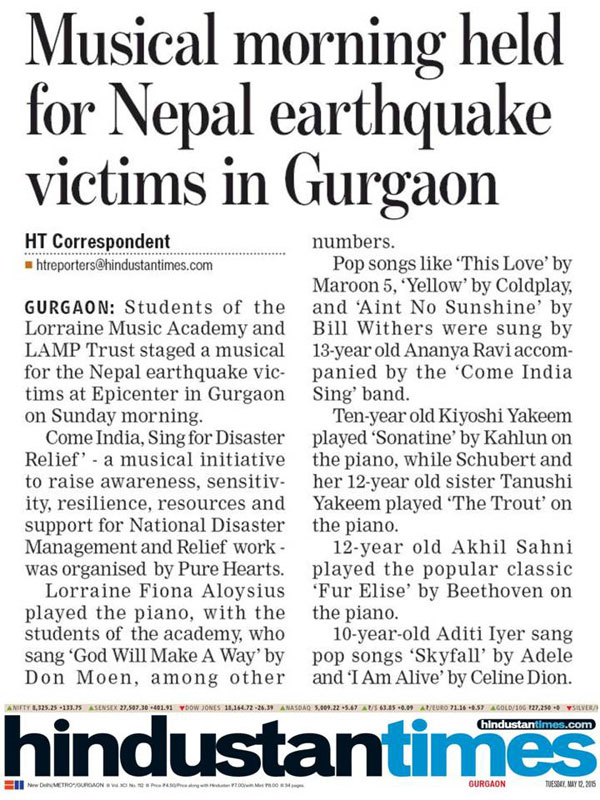 SINGING AND PAINTING HELPED ME DESTRESS : ALL INDIA TOPPER
Scroll to top