A Gurgaon-based music academy organised a musical memorial to pay homage to late Prime Minister Lal Bahadur Shastri on his 111th birth anniversary and commemorated the golden jubilee of the slogan “Jai Jawan Jai Kisan”, on Saturday at Epicentre in Sector-44.

Aubrey Aloysius, one of the founders of the music academy, conducted an onstage interaction with Anil and Sunil, sons of Lal Bahadur Shastri. Anil shared secrets and anecdotes about his experiences with his father.

The evening ended with the Shastri family singing the national anthem.

The musical memorial also included a brief workshop that educated and encouraged the audience to abide by and respect the Consititution of India, the Tricolour and the national anthem. This concert also aimed to raise awareness and garner support for the academy’s national patriotic project “Come India Sing Jana Gana Mana’. 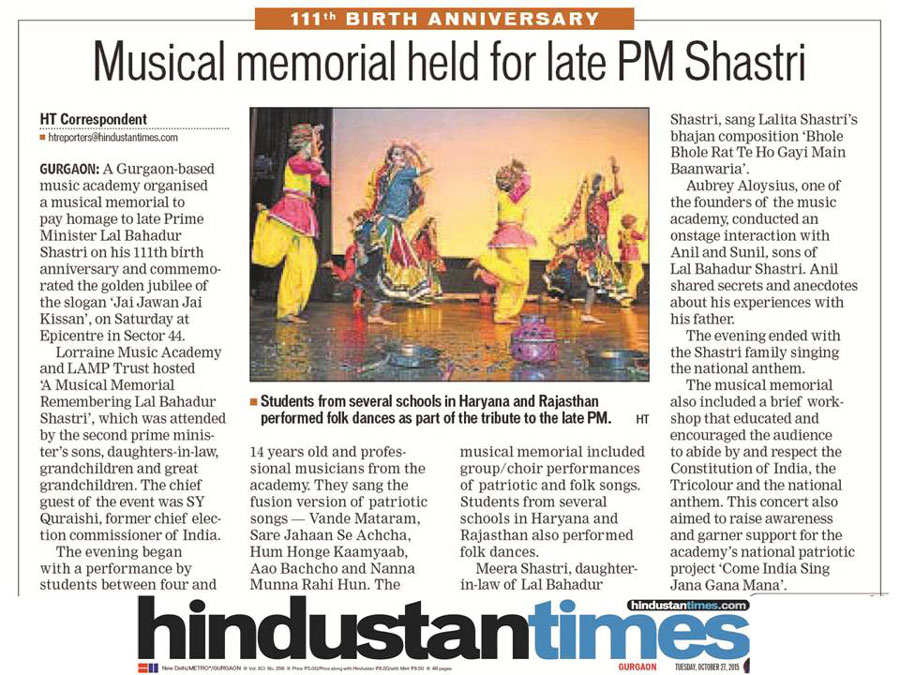