There was a time when meadow, grove and stream,

The earth, and every common sight,

To me did seem

The glory and the freshness of a dream.

It is not now as it hath been of yore;

Turn wheresoever I may,

By night or day,

These lines taken from an ode to childhood by William Wordsworth strike me every year around this time. For, these lines were often read to me by my father while I was growing up. In the daily rigmarole it isn’t quite possible to indulge in the nostalgia of good old days. So, an event to commemorate the birth anniversary of Pandit Jawaharlal Nehru at Apparel House, Gurgaon appeared as an opportunity.

I started off from office along with a friend and reached at the event a little early. As I entered the auditorium I saw children from different schools all dressed up for their dance performance. Aubrey Aloysius, the founder chairman of Lorraine Music Academy greeted us . The programme started off with the national anthem. Soon Aloysius donned the hat of a school teacher imparting knowledge about the code with regard to the national anthem as enshrined in Article 51A of our Constitution. The banker turned music teacher, Aloysius then touched upon his campaign of come India sing “Jana Gana Mana” and informed the children sitting in audience about the correct way of singing the national anthem. “It should be sung in 52 seconds. That is the proper way. Unfortunately, if you search for it on YouTube you find links of national anthem which are longer,” lamented Aloysius.

Moving on with the programme there was the little thinkers forum wherein children were put on stage for ‘charcha’ and they were asked questions like what they want to become in life and what do they want to do for the nation. While, one replied that she wants to give her best in all her endeavours the other mentioned, to a loud applause that he wants to do something for women security.

To follow it up next was the ‘Clean India Pledge’. Students, teachers and parents alike vowed for ‘swachch bharat’ by giving two hours in a week to cleanliness.

Soon we were starting to get fidgety as we were curious to see the kids perform. Shortly children from Pathways World School took the stage, reciting the dohas of Kabir to the accompaniment of a harmonium. Next was Lotus Valley International School with 40 children on stage performing on ‘Ekla Chalo Re’. The audience, comprising parents, teachers and other children, all cheered and encouraged the performers as the evening went on with piano performance, folk dances from Rajasthan, Bengal and Gujarat and an exclusive Dandiya. 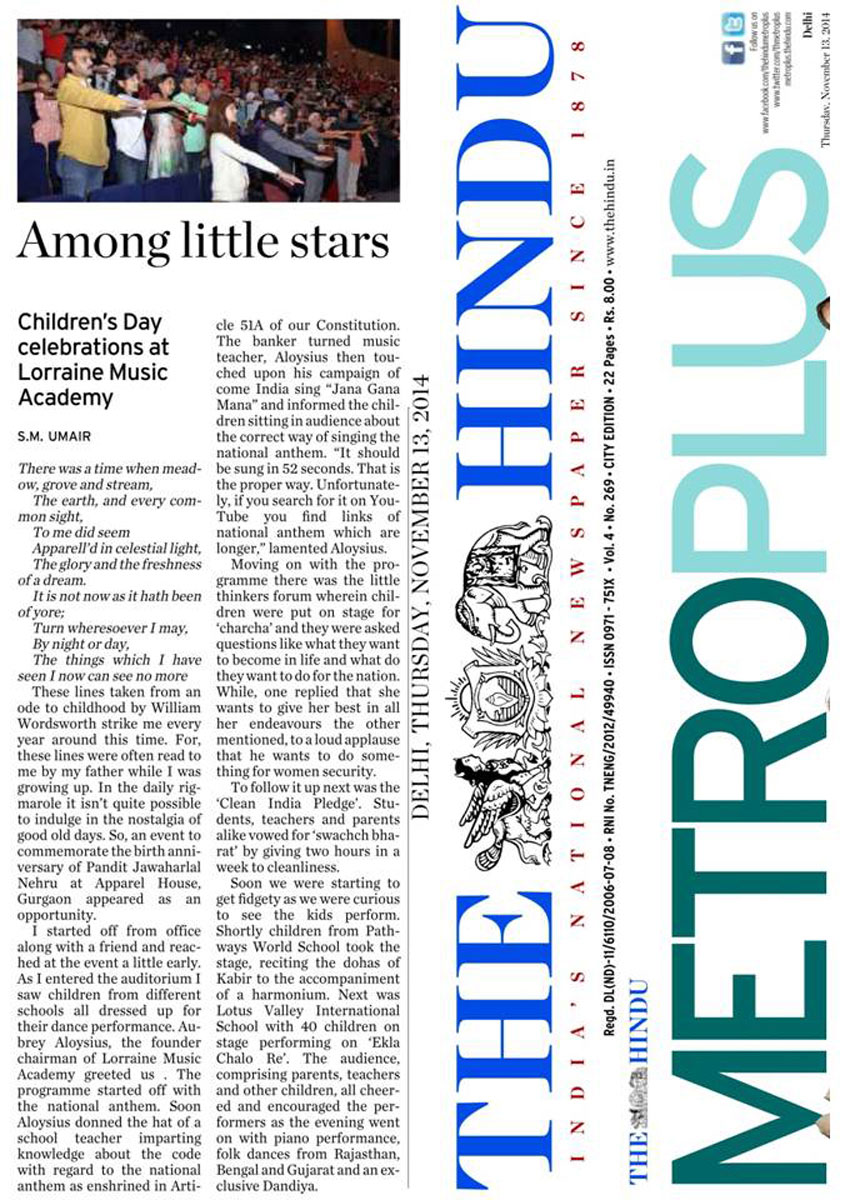